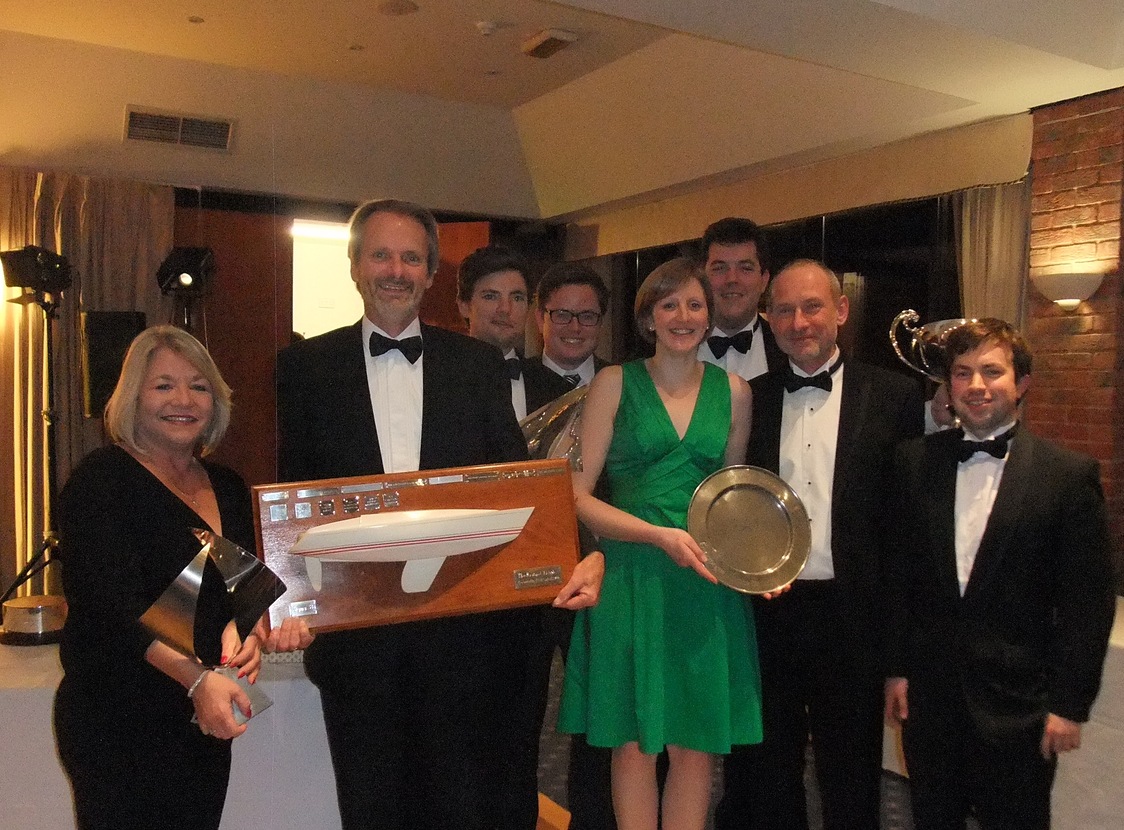 Looking back over 2015, I cannot avoid characterising the last season as a consolidation year for the Sigma 38 Class. But everyone needs to step back, take stock and consolidate, every once in a while.

It seems we are all getting older, starting to question the sanity of flashing round the cans in early spring, and even the decision to concentrate spring sailing into two the weekends of the Warsash Spring Championships is not tempting too many of us out these days.

So for many, the National Championships, held at the Royal Southern over the early May bank holiday, was something of a season opener. The weather was essentially "bank holiday"….wet and windy for the first couple of days, and with it, you could say "cold and grey". The turnout was down on the heady heights of some recent years, but the competition was tight and much closer on the water than the result sheet tends to suggest. Machismo II showed a hint of their potential in their first real event, but the blustery conditions suited Persephone to a tee, winning all four races on day one and then the double points coastal race on day two, on her way to pick up her first championship win in I don't know how many years trying.

2015 was, of course, a Fastnet Year, and we turned out in numbers to support a RORC series of qualification races before the race itself in August. Persephone went well in the early rounds, and a particularly delightful memory was the Eddystone Race in late May, when Persephone led Machismo home by 15 seconds after nearly 48 hours racing, followed by a chasing With Alacrity only minutes behind. This ending could have been any combination as Persephone and Machismo had spent a frustrating couple of hours circling each other off St Albans head in the light to no wind conditions there, while With Alacrity stealthily advanced a mile or so further out. In the St Malo race, in July, Atlantic adventurer, Sam of Hamble fought hard to hold off Persephone until the changeover at the half way point and then went on to finish second the Channel Race in August after Machismo II claimed a first offshore bullet.

The Fastnet itself was a real game of snakes and ladders. The light conditions were a real test for all crews and particularly navigators. I think we had 12 Sigma 38's out there and for many, it was their first rounding of "the Rock", so congratulations to all. This is not the time or place for another race report, but Persephone's eventual success after a disastrous first few minutes, which resulted in a 4 hour kedging delay, is testament to the mantra "never give up"! Her eventual placing in the top 20 overall in IRC shows just what can be done, even in conditions one might describe as sub optimal for a Sigma 38.

As to inshore and coastal competition, the "Round the Island" was a classic. Again, the event proved to be the most popular for Sigma 38 crews and the weather was wonderful. I shall never forget the gybing battle with Machismo II around St Catherine's point….daring to get closer and closer to the shore to gain a margin. With Alacrity charted Ryde sands on the way round and came through to win by a few seconds from Persephone, who got her own back in the David Thomas regatta the following day. Then we had the "what's not to like?" "Tattinger" regatta in July, run from Yarmouth by the Royal Solent Yacht Club – which featured some great racing and a Class start…and an amazing windward duel on the windy Sunday between Light and Persephone. With Alacrity won the event by sailing characteristically efficiently on the Saturday.

The winter series was another great success. We had a fine fleet of 8 boats most weekends, and the participation and commitment we showed for the series was tremendous. Racing was in light and fickle conditions during much of the series, and races were won by Persephone, With Alacrity and Light, and the final results were in that order - Persephone, I am pleased to say, successfully defending her series win last year again. This year we raced in IRC and had to contend with some very well sailed J97's and J92s's…which is always a test. Persephone was 3rd and With Alacrity 5th in IRC3.

And so to our swiftly upcoming season for 2016. It's a non Fastnet year so much of the racing calendar will be administered by JOG. Crews can shake out cobwebs in the Warsash Spring Championships, starting in only a few weeks time.

More racing on the Hillhead plateau for the Nationals in late May, with the Royal London YC.….Then RTI and the One Design Regatta, the Tattinger, Cowes Week, and the Hamble Winter Series. Please consult the Website for the full details.

Before I concluding this piece, may I first say a word or two about your Class Association and the Committee which runs it for the members. The Class Association is a critical and crucial ingredient which underpins the culture of the Sigma 38 Class and in particular, maintains and supports the value in our boats. Without the Class Association, the Sigma 38 is just another 38 foot cruiser racer from the 1980's. The outside world needs to see a thriving Class Association operating well supported events in order that we continue to be noticed and new owners seek to become a part of it. If we fail in this task, values of the boats will fall and new owners will circle as predators, seeking to pick off boats at depressed valuations – seeking only to buy a lot of boat cheaply without considering the Class Association. There is some evidence that this is starting to happen.

So I appeal to the membership to drive the Class and it's Association forward…let us know which events you would like to support….and that's not just the racing events, though racing is important….any events, rallies or cruises, rendezvous or simple parties. I would submit here that it is better to organise a smaller number of well supported events than to have a lot of thinly supported ones….discuss! There can be few more impressive sights than a fleet of 15 plus Sigma 38's coming to the start line.

And the Committee has vacancies. Come and get involved and be part of the team which takes Sigma 38's forward.

I'd like to thank the whole Committee for their tremendous work in 2015. And I think everyone in the Class knows what a fantastic job is undertaken by Susan Rainger – originally our "minister of fun" and chief party organiser, in recent years she has been the key person who has ensured that everything gets done. So huge thanks to her for all that commitment and hard work, from all the members.

Congratulations to the 2015 Grand Champions - the Chairman's Team Persephon