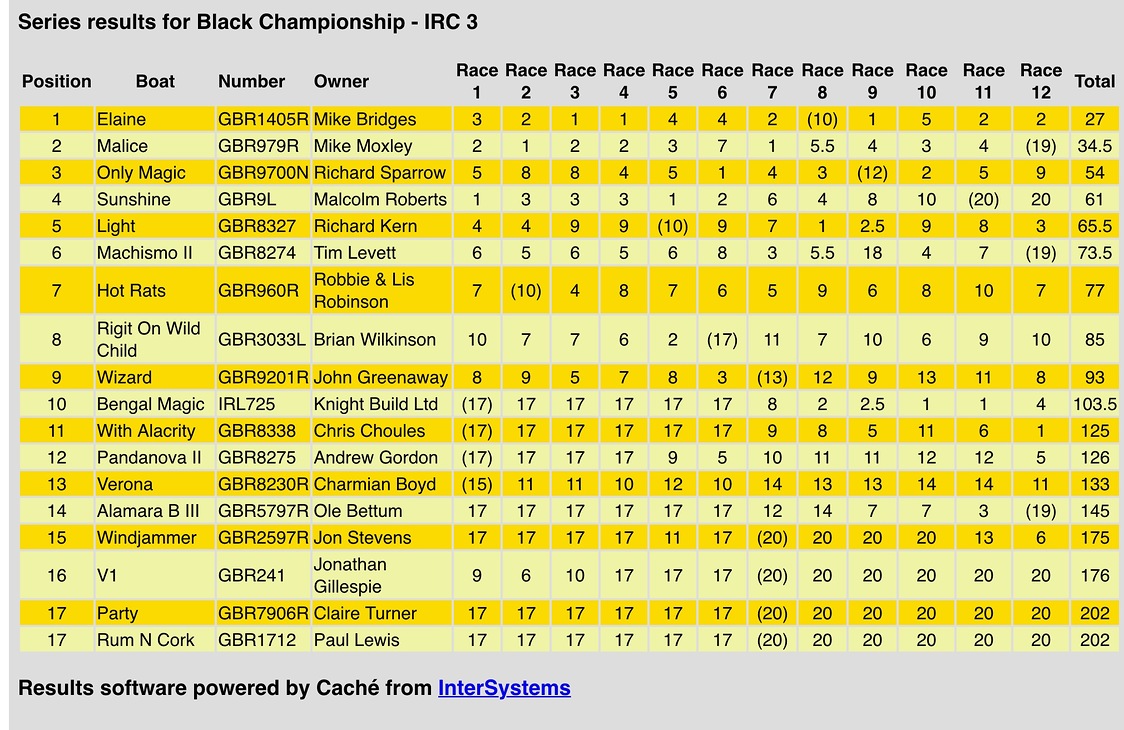 With more wind this weekend the four Sigma 38 racing in IRC3 demonstrated their class with Light, Machismo and With Alacrity taking numerous top three places and both Light and With Alacrity winning a race in the 18 strong fleet. The race committee managed to run six races in a cold, cold northerly wind that swung both east and west. The crews of With Alacrity and Pandanova stayed more than warm enough sailing only six up. Watching Vanessa Twohey doing mast and bow through a gybe in 18 knots of wind is an impressive sight. Positions weren't decided until the very last race with Machismo being disqualified giving Light the series. Machismo were second and With Alacrity third. Light finished fifth overall in IRC3