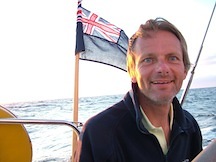 Acting Chairman and font of knowledge on all matters Sigma

Bought Persephone in Jan 04 – which is raced as a family boat,(Karen is the real power behind the throne) They also enjoy cruising and have an Atlantic crossing and back to their names ! Winner of the memorable 2011 Fastnet and 2nd in the 2013 Fastnet sailing double handed against fully crewed teams ! 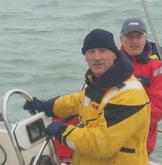 Jon and his crew on Vitesse were the first Sigma in the 05 Fastnet despite beating up an unidentified cargo ship somewhere off the Scillies. A good man for offshore advice – except perhaps collision avoidance! 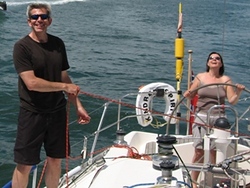 Following a career under the seven seas onboard one of Her Majesty’s finest, Rob got a taste of life above the waves, crewing on Persephone. It was such fun, he and Mrs L decided to buy Kindred Spirit which he has subsequently supercharged for the current season. 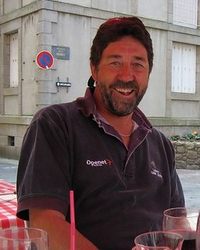 “It’s only a bloody yacht race”

A very enthusiastic, excitable species often found in Antigua . Likes nothing better than a glass of red wine after a cracking days sailing!